The Best Kind of Optimism

Get a brand you love with crystal clear marketing that attracts the right people to your biz in six simple steps.

Hey, I'm Heather Campbell. I’m  on a mission to help you blast  marketing overwhelm to start or grow a business that makes you happy, makes you money, and brings your good work to the world.

It Doesn’t Get Eddie Vedder Than This

It Doesn’t Get Eddie Vedder Than This

And here she goes… 

And here she goes… 

Things I would never dream of doing… 

Things I would never dream of doing… 

I remember thinking it would be easy.

After all, I saw my parents driving their cars my whole life. Could there be anything more straightforward?

You get in, start the car, put on NPR (I was a geek even then), put it in gear, and go. Shift gears every so often. Turn right, turn left. Back up a few times.

So, with my temps hot in my Folio bag and my mom beside me, I climbed into the orange Jeep CJ5 with the Levi's soft top that I learned to drive on, started the car, put it in gear, and slowly, slowly, slowly started backing out of our driveway. And things were going great. Until I got to the end of the driveway.

That's when I had my first "oh crap!" freak-out.

Because I could not figure out which way to turn the steering wheel to go left down our street. It didn't help that I was driving stick for the first time, or that we lived on a sort-of busy street - the cars whizzing past definitely did not help my state of agitation. I had to wait for a gap in traffic to make my move and I had to act fast.

I wasn't sure what to do. This was a lot harder than it seemed. It was completely counter-intuitive to me to turn the steering wheel right to go left, so I didn't even think of that. And then that voice in my head kicked in saying, "OMG you're getting hung up on backing out the driveway? You haven't even started driving yet! "

I couldn't move. My chest was tight, my palms were sweaty. My heart was thumping. I couldn't figure out what to do as quickly as I wanted. I thought a lot of driving right back up the driveway and stopping. I weighed the pros and cons of even having my license. I could make the bus cool, right?

Enter my mom for the save.

She was able to get me to breathe and slow down to think about what I was trying to do. She gave me advice and direction. She had me pretend to turn the steering wheel to get a feel for the motion. Soon there was a lull in traffic. I made my move and – boom! – was off and driving. (Funny story, about 10 minutes later, I drove up on my neighbor's lawn taking a curve too fast...my mom ended up driving home that day.)

Eventually, I got the hang of driving, and can pretty much back out of any spot without thinking about it. And – bonus!– I've never driven on anyone's yard since then.

I learned an important lesson that day. I had uninformed optimism about driving. I saw people doing it my whole life and it seemed so easy for them...surely it would be easy for me. But in reality, I had only the concept of driving and no practical experience.

But it took some planning and practice to move to where the real magic happens: operating under the influence of informed optimism.

I see entrepreneurs have the same kind of "driveway moments" when it comes to their marketing. They start off so excited to market their business, realize there's a bit more to it, and have their own versions of the "oh crap!" moment, where they're not sure what to do to get where they're going.

That's when the overwhelm and self-doubt creeps in. Because it seemed so easy. I'm not going to tell that marketing is easy, but I will tell you that it's not rocket science.

You just need to get to a place of informed optimism...take a breather at the end of your driveway and get a plan together for where you want to go. Once you have that, you'll be on your way in no time.

And please know that wherever you are in your marketing journey – at the end of the driveway or flying along on the expressway – I'm 100,000% rooting for you! 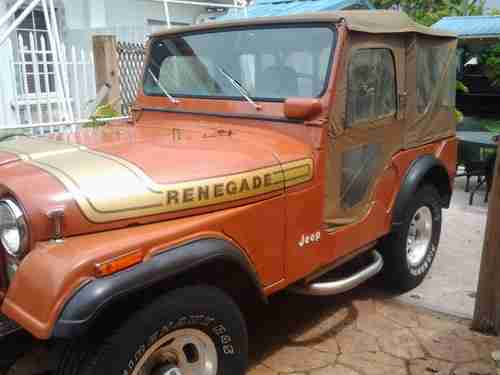 And today I'm going to be talking about the haters because sometimes you put yourself out there and there are going to be people on Facebook or on social media who are just going to do things that are so mean sometimes.

And, um, it does happen to me. So, and I am honestly surprised at how much it really. Hurts my feelings. And I was telling my husband today. It just said, gosh, you know, this is so I posted something on Facebook. And then I put a little, a little bit of ad dollars behind it to get a sense of, you know, how do people respond to the comments?

It was not controversial content. It was three marketing questions to ask if you want to be successful marketing, which is who's it for? What does it do? And why does it matter? Right. So nothing, nothing really crazy. And somebody was so offended [00:01:00] by that. They actually. I took a poop and took a picture of the poop and then sent me a picture of the poop saying, putting it in my feed, saying that if I was going to pay mark Zuckerberg money to put poop in their feed, they were going to put poop in my feed.

And I was just like, oh my God. First of all, a for effort. Oh, my gosh, I just, I got to give you a for effort for just really first of all, waiting until the time was right until you could take like a big healthy poop. And then to let me know that yes, you thought that it, mine was pooping. So this year is boom.

So I'm like, oh my gosh. Like I just love from a marketing perspective, that is some pretty tight messaging. So that is a very good from that perspective. Um, but it always sets me back when that happens. I was like, oh my gosh. You know, certainly I, I want to help people, right. That's not my intention. And I was telling my husband [00:02:00] today.

I really do think like that somebody is that much on edge or that so full of angst that they, they want to take the time. Like literally take the time to use pictures and words, such powerful communication tools and use them as a, as a weapon and as a way to wound people. And it would just never enter my mind to do that.

I just can't even imagine a situation. Now my eight brothers and sisters would absolutely beg to differ on that one. And I know how to wound with words, but I like to use my words as a force for good. So one of the things that I thought could be interesting is if you are Facebook hater, right? So this person obviously had an issue with Mark Zuckerberg.

And I thought, wow, what if they use their words as a form for good. And what if they, instead of sending out something hateful, decided, wow, every time I have a hate, I feel like I want to send a hateful comment. I'm going to plant a tree or I'm going to buy a meal, or I'm going to make a donation to the food, but I don't know something.

Where you using it for? Good. And then what I would love to do is say, oh my gosh, do I hate Facebook? And I hate mark Zuckerberg. And I hate people who advertise on Facebook. So I track how many people I dislike and how many people I think got enough. And it planted, I have a [00:04:00] whole forest, you guys, and that is something that I'm like, oh my gosh, what if that person used that?

As a force for good, as opposed to a force for hurting. Oh my gosh, it does. It just hurts my feelings. So I deleted the post. Uh, so I always do that, but my friends were like, take a screenshot and I'm like, I will next time because it was pretty classic and again, really, really good marketing and tight messaging with all the poop and everything really, really brilliant.

Um, so when that happens, I absolutely delete those out of my comments because. We just don't need that kind of stuff in our marketing or in our business at all. And because I don't, I can't control what this other person is going to do. I am making a donation to the Rocky mountain food bank in the amount of $25 in honor of the person from Facebook who sent me their poop today.

Cause they thought that my. Post was poopy. And so I am turning that [00:05:00] bad into some good, and that is my ultimate goal. And so I encourage you people out there when you have a hater and they show up, I've had like five instances. I have dozens and dozens, even hundreds and hundreds of things that tell me otherwise, But boy does that just sort of cut through the clutter and really, really, again, just sort of get to you right here.

So, um, please know a net, your little poopy head that you're going to be feeding some families in Denver, Colorado, because of your comments. So I want to thank you so much for just raising awareness, allowing me to feel this, share this message with other people. Putting yourself out there is risky. And there are people like that who are going to take time to let you know how much they dislike you.

So if you guys come on, like let's use our words to, as a force for good. And so please know Michelle you out in California and wherever you are in this beautiful, crazy, crazy, beautiful, but sort of crazy world, including. The person who sent me their, their poop, a picture of their poop on my Facebook. Um, please know that there's someone right here in Denver, Colorado, who is 100000% rooting for you.

Enter your details below and be an Insighter Insider and get pro branding and marketing tips every week, just like that.

We'll never share nor sell your info because we are not jerks.